3D Printing Microns: What Are They? 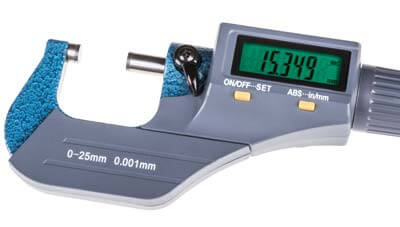 If you are looking at buying a 3D printer, you will read the word ‘micron’ often. A 3D printer might advertise being able to print at 200 microns, but what does that mean to you? Even further, is it better to have more or fewer microns?

A Micron is a measurement term used in 3D printing to indicate the height of a printed layer.  In turn, the number of microns determines the quality of the resolution of the finished printed object.  The thinner the layer, or lower the micron number, the higher the resolution.

However, don’t assume a lower micron capability results in a superior final print quality.  Multiple factors determine print quality, and microns are only one. Keep reading for more information about microns, resolution, and print quality.

What Are Microns in 3D Printing?

A micron is short for micrometer and is a unit of measurement.  It is equivalent to a millionth of a meter or .001mm.  As a point of reference, a red blood cell is 4 microns wide.  In other words, a micron is so thin it would be hard for the eye to detect.

When used in 3D printing, a micron refers to either the depth of the layer that a printer can create or the width of the strand emitted from the extruder. Both vertical resolution and horizontal resolution use microns to describe the dimensions of the material coming out of the extruder.

If your final piece is a flat-faced obelisk (albeit a very tiny obelisk), that difference will not much matter. But if you are printing a tiny model of a human face, the steps between layers could be quite jarring, and result in very visible lines.

Layer thickness of your printed piece can affect the appearance of the final printed model, but not always how you would expect.  Several other factors can play a part in print quality beyond the microns of layer depth. In some cases, a lower micron layer resolution could result in a lower-quality print.

Many printed pieces will look worse at lower microns of layer resolution. They could have more heat transfer errors, where the heat from the top layer distorts the layer beneath it. They may have more tiny variations that multiply into a less appealing finished piece.

In some cases, you may want to print at a higher layer depth for a more high-quality print. In the example above, the flat-faced obelisk would actually benefit from higher layer depth in microns, as it allows for less variation in the printed layers.

One downside to printing with lower microns of layer depth is that any given layer is prone to some tiny amount of unavoidable variation. The rate of errors is very low, but every additional layer adds to the chances that something slight could go wrong. Think of it like the chance that you stub your toe on the coffee table – the odds at any given moment are low but walk past that coffee table enough times, and you are bound to catch it at some point.

Conversely, if you are printing something with a lot of tiny details, lower microns of layer resolution could mean the difference between a little bit of cleanup and just throwing away the piece and starting over. Details could be difficult to achieve with higher micron depth or could be painfully obvious to the naked eye.

The material you use to print your models will have a considerable impact on the quality of the finished piece. Lower-quality filament is more affordable, but it is more prone to inconsistent contracting as it cools, resulting in warping. Some filaments can print with an almost rubbery feel, while some will look like wood.

Each material you could use to print a 3D model has different pros and cons. Most 3D printers specialize in a limited assortment of filament, so it is important to understand your options and what they mean for final print output. Different projects will have different material requirements – printing a replacement for a plastic washer will require different capabilities than an intricate lattice-work sculpture.

Different traits of the material used will affect final print quality. A flexible material could be great for printing a rubber gasket but could be unreliable when attempting to achieve detail. A lower melting point will result in less warping.

As you are printing your model, your extruder is making individual layers of material to build them up into a finished piece. If it is moving quickly, there may not be enough time for the existing layer to set up properly before the next layer is applied.

Further, the extruder could frequently shut off or turn on the flow of material as it travels across gaps in the model. If the extruder nozzle is moving too quickly, the flow may not have enough time to shut off completely. When that happens, you can get small strings on your model, like tiny plastic hairs. This could make your final piece look like it has dog fur.

Particularly with a complex model, the supporting structure of the printed piece can be critical. Warping can be common with many materials. Failing to use a raft (or at least a brim) can result in a finished piece that is far below acceptable quality.

Choose the Settings That Work Best for Your Project

The shape and size of the model you are printing have to be considered when you are deciding on the resolution you should use. Lower microns are critical for detail but can result in errors and sloppy printing on large objects. Your material, the design of the model, and the printer itself will also play a part in producing a piece you can be proud to use or display.

3D Printing Microns: What Are They?