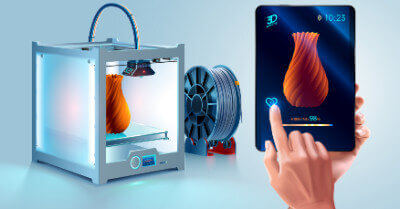 There is an app for just about everything these days. Even 3D printing. Take a look at the best 3D printing apps to take your printing to the next level.

Let’s be honest, there seems to be an app for just about anything these days. 3D printing is incredible enough on its own, but with the popularity of smartphones worldwide, it was only a matter of time before app-makers got in on the fun. In this article, you’ll learn about what 3D printing apps are, how they work, and what some of the best 3D printing apps on the market are.

As you’re reading through this article, do so with the confidence that you’re getting the best information on the web. We’ve combined our own expertise in the world of 3D printing with the input of others to ensure that we’ve truly come up with a comprehensive list of the 8 best 3D printing apps that you’ll find. So no matter which platform or operating system you’re using, we’ve got you covered.

In the grand scheme of things, 3D printing is a relatively new concept in the world of technology and manufacturing. But, in a similar sense, smartphones and applications are also a relatively new concept in the grand scheme of the world. Both technologies are exciting, fresh, and have the ability to change the world for the better. And with app-makers worldwide looking to capitalize on, well, everything, it’s no surprise that there are 3D printing apps.

But how do 3D printing apps work exactly? You can’t just 3D print something from your phone, right?

Let’s start off by saying that of course you can’t! No matter if you end up using one of the 3D printing apps below or you stick to using a computer, you still of course need the actual 3D printer itself. 3D printing apps are a lot like the 3D printing software that you would use on your computer under normal 3D printing of the “old days”. The apps just take some of those capabilities and transfer them to the palm of your hand via your ever-present smartphone.

Answering the question as to what 3D printing apps do really depends on which type of 3D printing app you're looking at. The most common apps out there designed for 3D printing do things such as control your 3D printer, 3D modeling on your smartphone, acting as a place to store/share 3D modeling files, and even some 3D scanning.

For the purpose of this article, we’re focusing on the two main categories of 3D printing apps: 3D printer control and 3D modeling. With these types of apps, you can do everything from designing a part or product to getting the printer started and coming home to a completed print, from anywhere in the world. Exciting, right? We certainly think so!

What To Look For In A 3D Printing App

Just like any other kind of app out there these days, there are actually quite a few options when it comes to 3D printing apps. While it might seem like a super niche topic that wouldn’t have a whole bunch of apps to sift through, app makers will do anything they can to make money. So it’s important to have an idea of which 3D printing apps are the best options and are actually worth using.

That’s where we come in. We took the time to research the top 3D printing apps out there and come up with a list of the best ones for you to choose from. During our search, we focused on a few main things that helped us to differentiate between the apps and figure out which ones are the best. The most important things to keep in mind when searching for a 3D printing app include:

What Is The Best 3D Printing App?

While finding “the best” of anything is going to have some amount of subjectivity to it depending on the person, we certainly think that some 3D printing apps are better than others. With that in mind, we’ve come up with our 8 favorite 3D printing apps, broken up into two categories.

The first four are the best 3D printing apps made specifically with 3D printing in mind. The second four apps you’ll see are our favorite 3D modeling apps since you won’t get very far in 3D printing without a good modeling app!

No matter if you’re using an Apple or Android product, we’ve got you covered. So without further ado, here are the 8 best 3D printing apps on the market today.

MakerBot is widely accepted as one of the top 3D printing apps that you can get your hands on today, no matter what you’re looking to get out of it. MakerBot Mobile is actually the collective name of a few different apps that come together to create an entire 3D printing suite. With MakerBot, you can create a 3D model from scratch, download pre-made models using Thingiverse (more on that later), share files using MakerBot Cloud, and more.

It’s a complete system that gets you from inception to a final product all from your smartphone!

Price: Varies depending on which apps you use

GCodePrintr is also one of the few apps that are still open-source, meaning that the developer enables others to help continuously improve the app and work with users hand-in-hand.

While Printoid only works for those with an OctoPrint-enabled printer, if you have the ability to use it, you’ll definitely want to take a look. This app offers complete control over your 3D printer, with a joystick enabling you to do and make just about anything you want. You can start a print from anywhere in the world and come home to a fully made part that’s ready to go.

The premium version even offers the ability to stream the process to your phone, allowing you to watch your build and ensure that everything is going as expected!

Price: Free for Basic, $8 for Premium

On the surface, AstroPrint is a lot like Printoid that you just read about. Similarly to the above, AstroPrint can only be used with certain printers; in this case, AstroBox-enabled 3D printers. The big difference that AstroPrint offers is the ability to control multiple printers and its focus on analytics. AstroPrint is popular because of how much information it keeps track of within itself.

From print files and settings to records of whether a print was successful or not, AstroPrint tracks it all. This makes it a breeze to go back and make any adjustments needed for future prints.

Arguably seen as the single best 3D modeling app available today, Shapr3D is a favorite among experienced creators. Powered by the same engine as the wildly popular CAD software Solidworks, Shapr3D enables you to make some of the most precise and well-crafted 3D models of any app on the market. With the ability to model in both 2D and 3D, combined with more capability to alter and adjust a model however you see fit, the possibilities are nearly limitless with this amazing app.

Price: Free for the first two designs, then $25/month or $240/year for unlimited designs

If you’re looking for an Apple-compatible 3D modeling app, then Qlone is perfect for you. Not only is it totally free to use, it actually combines 3D modeling and 3D scanning into one app, making it incredibly versatile! You can scan a physical object and bring it to life on your phone screen. Make any changes you want in the 3D modeling suite and then export your file and print it out!

Thingiverse (made by MakerBot) makes our list as one of the best 3D modeling apps on the market for a different reason than many of the others here. The great thing (pun intended) about Thingiverse is that you don’t really need to actually know how to do 3D modeling yourself. If you just want to get into the swing of 3D printing without learning how to use complicated software, this app is perfect for you. Thingiverse brings together a massive community of 3D models built by others and shared for free — what could be better than that?

Competing with Shapr3D as a top-tier 3D modeling app, Onshape is cloud-based and can therefore be used on any platform. This makes collaboration with others a breeze and enables you to work from anywhere, on any device. With other apps, you might be restricted to using a tablet or super powerful smartphone. But since Onshape is internet-based, you have more options. Not only that, but it can also do most of the same things that you can on Shapr3D. For the average user, Onshape is one of the best options on the market. 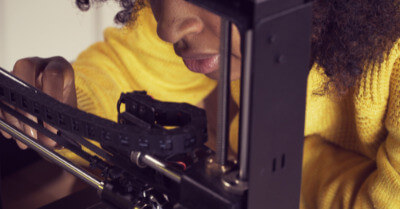 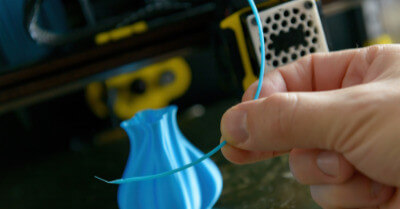 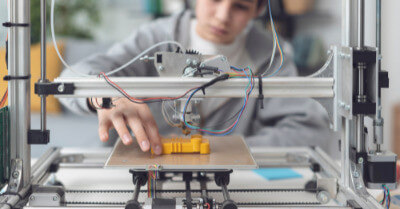 Most Popular 3D Printers For Home 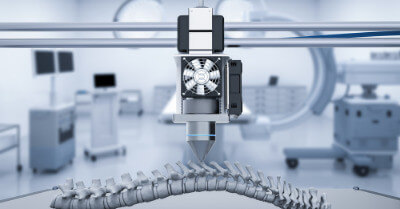 ﻿If you want to take your 3D printing to the next level, you need to ensure that all components of your print are in order - with your nozzle being vital. 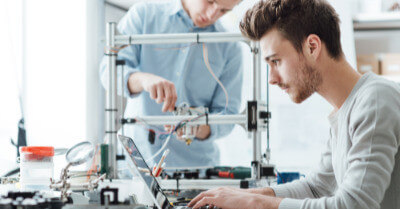 ﻿You don’t need to have a fancy PC setup to get started with 3D printing, you can even use a laptop! These are the best laptops for 3D printing. 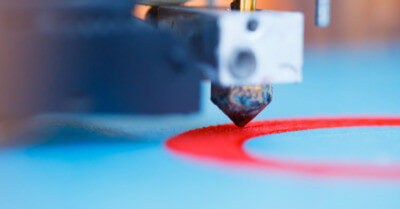