What Is Brim in 3D Printing? 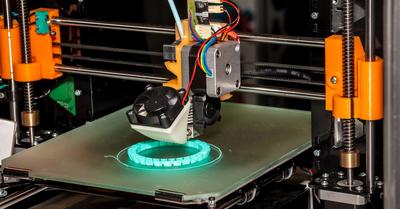 ‍Users of 3D printers don't realize that many moving parts have to work together to get the best results. With that said, what is the brim in 3D printing?

In 3D printing, brims are used to hold down the edges of the part. They are mainly used to prevent warping and are also crucial for bed adhesion. You can think of the brim as a skirt that does not extend below the print; instead, it attaches to the edges of your print.

One of the issues of 3D printers is the possibility of breaking the part while they remove the brim. This is why it is so important to know all about the functions of a brim in 3D printers.

‍What Is a Brim?

A 3D printing brim is a layer of material that extends from the margins of a 3D print along the print bed. Brims aid to avoid warping and promote bed adherence. A brim, unlike a raft, does not extend below the print. It's also possible to think of it as a skirt that doesn't go all the way to the print's edge. Many users rely only on a raft to increase the likelihood of a good print during the printing process.

However, many experienced users of 3D printers are aware that a brim can be just as effective, if not more, when it comes to producing the same results. In many instances, the brim is considered to be better than a raft, mainly because the former is easy to remove, uses less material, and has no effect on the print's bottom layer finish. Because the brim is a special type of skirt, it uses many of the same settings as the skirt.

What Is the Brim in 3D Printing?

Using a 3D printer is not as simple as it looks. There are many factors that new users need to consider, and the brim is certainly one of them. The following are some of the instances where a brim can be used in 3D printing.

The brim is added to prints to make sure that there is better bed adhesion. This is normally done as a safety measure when using 3D printers. It should also be noted here that this process is not required when using PLA filaments mainly because it is easy to remove and adds to the print quality.

Another area where the brim can prove to be extremely useful is when printing with a narrow base such as a chair or tower. Using a brim in these prints can significantly increase the structure's overall strength, preventing breaks while printing.

Since a brim in 3D printing has a similar function to that of a raft, many experienced 3D printer operators use it while taking on projects with ABS filaments as well. Since the ABS filament is also known for issues with warping, using a brim makes sense since it helps to reduce warping by holding on and keeping the outer layer of the print in place during the 3D printing process.

In the 3D printer, the brim, which has an adjustable width, is normally connected to the outer edges of the print. The brim line count that surrounds the print improves contact between the print and the build platform, consequently improving the bed adhesion in the process as well. This significant increase in bed adhesion improves the efficiency of the 3D printer, resulting in more successful prints.

Why Use a Brim in 3D Printing?

Rather than how a skirt functions, which draws a circle a little distance around the item, your 3D printer uses a brim to make a circle around the 3D printed object. Only one layer height corresponds to the brim, which is printed directly on the item to be printed. This increases the stability of your print item, and the print clings to bigger surfaces more dependably.

The brim is an auxiliary print that helps to support your main print item. The use of a brim enhances the print's "base area," which improves adherence, particularly on the heating bed. This eliminates misprints while also saving time and money. The width of a brim may be specified in the slicer of most 3D printers, and the brim can be adjusted to fit the size of the created object. The breadth of a brim, like the brim of a hat, is determined by the number of lines that go around the print.

For those who are still on the fence when it comes to the importance of a brim in 3D printing, think of it this way; without a brim, the printed object will have a narrow degree of adhesion, which means that the risk of deformed prints increases. This will waste not only your time but also the filament you're using for the print.

Brim Settings for a Slicer

Brim width and line count are two crucial factors that we are able to modify when using 3D slicer software. The width of the brim is measured in millimeters, whereas the number of contour lines in the brim is measured in lines. It is important to note that the greater the number of lines, the greater the strength, up to a point. However, removing the brim from the print becomes more difficult.

As a rule of thumb, three to five lines around the print is a common brim line count. This is mainly because this setting is able to produce a more accurate outcome during the print. However, this still needs to be tweaked to suit the design, bed temperature, and the 3D printer that you will be using.

What Is Brim in 3D Printing?