How Much Does a 3D Printer Weigh? What You Must Know 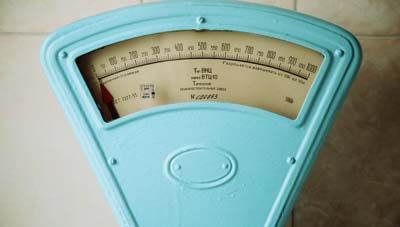 The evolution of technology has brought forward incredible inventions, like 3D printing machines. The demand for these machines is only increasing because they are capable of turning designs into physical products. However, since 3D printing is still a relatively new technology, there are many questions about it, including how much a 3D printer weighs.

What Determines the Weight of a 3D Printing Machine?

The total weight of a 3D printer comes down to its size, what its made from, and the design of the printer. In short, the bigger the 3D printer is, the more it weighs.

The Printing Area of the Printer

As you would expect, the larger the printing area of a 3D printing machine, the more it weighs. The printing area not only largely determines the weight of the printer, but it also plays a role in setting the market price. Printers with a larger printing area tend to be more expensive compared to the rest.

Industrial 3D printers are built with a larger printing area, which means they weigh more. For instance, Objet350 Connex3 weighs 980 pounds. The smallest 3D printers have a printing area measuring 4 x 4 x 4 inches used for small printing projects and weigh around 12.4 pounds depending on the brand.

3D printers have different contents, depending on the make and model of the printer. It’s common for 3D printers made of steel to weigh more than those made of other materials, such as plastic.

Using lighter materials such as recycled plastic and stainless steel to build the frame of these printers result in many different printers at varying weights.

Manufacturers do their best to reduce as much content as possible, such as the enclosure casing, leaving only those components that are required to accomplish the printing project.

The Materials Used to Print

There are eight printing materials used in 3D printing:

It’s common for 3D printers that deal with metal, carbon fiber, graphite, and resins to weigh more than those that use powder as a printing material. Such printers are known to weigh anywhere from 100 pounds to 500 pounds.  Their build is designed to print heavier objects. This way, they don’t crumble or sustain any damages during the printing process.

3D printers that use powders as printing materials can weigh less than 100 pounds. This makes them ideal for small-scale 3D printing, and they’re commonly found in small workshops.

A homemade 3D printer can weigh more due to the use of heavy materials like steel to construct the frame.

Professionally-designed 3D printers are often made with recycled plastics and lighter steel, which could be a problem to manufacture from home. Homemade 3D printers can be a bit bigger due to personal customization to fit your needs.

For starters, the overall weight of a 3D printer doesn’t determine the quality of the print. However, that doesn’t mean that the weight is useless. Whereas some people prefer heavy 3D printers, others have opted for more portable ones. It’s a matter of personal choice.

There are both advantages and disadvantages to the weight of a 3D printer.

Best 3D Printers at Any Weight

Print speed, quality of the print, and the overall weight of the 3D printers play a major role in the type of printers that customers buy. Below is a list of affordable but excellent 3D printers you can buy today.

If you’re planning to get into 3D printing, then this is the ideal printer for you. With an impressive 8.7 x 8.7 x 9.8 inches of printing area and a hotbed that needs only 5 minutes to reach the desired temperature, this printer offers more space for one of its size.

It also only weighs 17.64 pounds, making it easy to move and carry around. This printer is ideal for printing household items like salt shakers.

The laser-based 3D printer has been grabbing attention online. It’s equipped with convenient, modern technology such as a WiFi touch screen for easy operation.

An impressive 214 x 186 x 160 print area offers more room for printing bigger objects. To top it off, this 3D printing machine weighs just 40.1 pounds, which makes it very easy to move around. It’s small size also means it doesn’t take up much space.

It’s also budget-friendly compared to other laser-based printers and provides you with as many services as higher-end laser-based 3D printers.

Don’t be fooled by how simple this device might look because it comes with some fantastic features. It provides a 42.5 x 40.2 x 50.5 inches of print area, which is more than enough for printing small objects.

With 90% of the assembly completed in advance, this printer is simple enough for anyone to assemble the remaining parts. The entire shipment weighs a remarkable 19.3 pounds making it one of the lightest 3D printing machines.

Because it is a desktop 3D printer, it doesn’t take up much space and is perfect for small space workshops and offices. The price justifies the features and services it offers.

How Much Does a 3D Printer Weigh? What You Must Know