How to convert photos into a 3D model 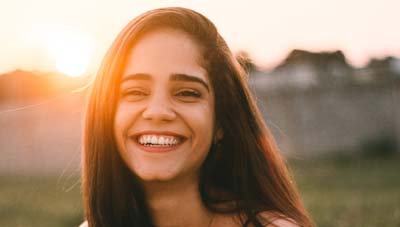 Of all the opportunities that 3D printing has presented us, from hobbyist prop-making to full commercial product manufacture, 3D printing your photos probably isn't an option that comes up a lot.

There are several reasons you might want to 3D print a photo, from creating an interesting model of a familiar face to turning your friends or family into homemade action figures. And, of course, just because. Whatever the reason, you will need to know how to convert photos into a 3D model before you can set about turning that model into something tangible.

Converting a photograph into a 3D model would traditionally have involved painstakingly modelling the contents of the photo by hand. A 3D artist would use the picture as a reference to sculpt the subject of the photo, before finally using the photo itself to texture their model. With a talented enough 3D artist, this can work wonderfully.

Unfortunately, most of us are not talented 3D artists.

The good news is that there are plenty of tools and methods that can help you convert your photo to a 3D model with considerably less time and effort than it would have taken in the past.

What You Should Know

Regardless of which method or application you use to turn your two-dimensional photos into 3D models, there are some things to understand about the process.

Firstly; quality matters. The higher the quality of your image, the better the final result will be. Even in cases where the model is being created by hand, the photo would still be used for texturing, so the quality would still matter. For the applications we're going to look at that convert the image for you, the quality of the photo significantly affects the end result.

Similarly, the resolution of your 3D printer will limit the quality of the final printed result. In short, if you are using a grainy, blurry photo and a low-resolution 3D printer, the results won't be spectacular.

It's also worth noting that certain types of photo lend themselves to 3D conversion better than others. Pictures with clear subjects-like a person, or object-are much better for this process than something like a landscape.

Smoothie is one of the most beginner-friendly conversion tools you will find for converting your photos to 3D. It is an online tool, so there is no need to download and install any applications on your computer. Smoothie can create a 3D model from a single image, which makes it great for those old photos you took before you knew 3D printing was a thing!

The tool works by essentially having you outline key parts of the photo. It then uses that information to create a 3D model that is surprisingly accurate for the amount of time it takes you to set up.

There are limitations, however. For example, you cannot get asymmetrical models from Smoothie. The "hidden" faces of the model-the details that you can't see in the picture-are mirrored from the features you can see. This works fine in most cases, but it may be something you need to consider depending on what you're converting.

If you are a little more adept at 3D modelling-or you want to learn-an extrusion tool may be a good option. Using a tool like this, you mold the geometry of the photo yourself.

You could think of this as a step up from the Smoothie method. In that tool, you are simply outlining the features in 2D. With extrusion, you are creating a rough representation in 3D. It takes more skill and time to pull off, but you can get a much more accurate model if done correctly.

With regards to finding a tool to do this in, most 3D modeling application support extrusion, with Blender being a great, free example.

It's hard to believe that AI-powered tools and apps were just about unheard of as recently as 2016. Now they're everywhere, from facial recognition software to apps that put silly hats on your selfies.

AI tools are "trained" on lots of sample data (the more, the better) and essentially make educated guesses about how the geometry of a face will be. There aren't many applications of this technology currently in use in the regular app market. Still, they are starting to creep out there. Such as one instance of someone creating a Chrome plugin that makes all Instagram posts into 3D images.

As this technology continues to improve and becomes more prevalent in apps and online tools, it may soon become possible to feed any old photo of a person and have the AI spit out a highly detailed, accurate 3D model that can then be handed over to your 3D printer to be brought to life.

This one is a little different. A lithophane is a translucent material that has had an image carved into it in meticulous detail. It is done in such a way that certain parts of the material will block more light than others so that when you hold the lithophane up to the light, the image becomes clear.

The concept of a lithophane is not new. These curious objects have been around since the nineteenth century. What is new, however, is the ability to 3D print them.

The first step in this process is to convert your image into a 3D model. There are a few tools available to take care of this for you, such as Image to Lithophane, which is free, PhotoToMesh, or Cura.

Once you have your model created, you are ready to print. It's worth noting that this is a very delicate process, and so printing using an FDM (fused deposition modelling) is not recommended. Much finer detail can be achieved using SLA (stereolithography) printers. We appreciate that you may already have your 3D printer and can't afford to simply buy a new one. However if you have not yet purchased a 3D printer and printing lithophanes is something you wish to do, consider getting an SLA 3D printer.

There are more advanced methods of converting photos to 3D models, such as "sculpting" in a program like Blender or ZBrush. However, this requires a lot of practice to get good, so it is not for everyone.

How to convert photos into a 3D model