Is 3D Printing a Good Investment? Who are the Players? 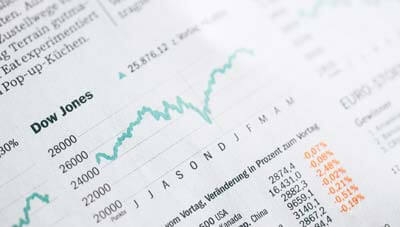 The answer is, it depends on what the investment does after you buy it.  No one can predict a good investment but there are indicators that can help.

The 3d printing industry is expected to reach $40 billion by 2024 and is growing at a 26% growth rate annually.  It compares to the 28% growth rate of artificial intelligence or AI, which is good company to be associate with.  Both industries are viewed as world changers, so at that high-level view it would seem 3d printing might be a good investment.

Unfortunately, good investments aren’t usually determined at the high level.  They are determined in the trenches of specific companies.  Does the company have good management, do they execute well, do they make good decisions, does the product match the message? All good questions vital to making an investment successful.

While there are many companies associated with 3d printing, there are only a few publicly traded companies in which to invest, which we will detail below.  You may also consider investing in a less risky mutual fund or ETF fund that is focused on 3d printing.

Only you can answer the question is 3d printing a good investment based on your research and risk tolerance.  What this article does is present a directory, of many of the 3d printing companies out there. By learning about the 3d companies you become more versed in what the industry has to offer which will ultimately determine if it is right for you.

Founded in 1999 by Larry Lukis, an entrepreneur and computer geek.  They office in the United States, Europe and Japan.  They are currently on their 3rd CEO in a 20-year span after the previous CEO stepped down for health-related issues.  They appear to have solid leadership.

Proto Labs is not purely a 3d printing company as they also perform traditional manufacturing.  However, their 3d business is centered around being a 3d printing service rather than manufacturing and selling their own 3d printers.  They work in both metal and plastic and specialize in customer specific short run parts.

Their 3d printing revenue accounts for 14% of overall revenue.

They serve the medical, aerospace, automotive, and consumer electronics industries.

100% of their revenue is 3d printing related.

Founded in 1998 by Scott Crump and his wife and is now headquartered in Minnesota.  The idea came when Scott made a toy frog using a glue gun full of polyethylene and candle wax.  He conceived of the building the frog by applying layer by layer.

They have struggled to be profitable since peaking more than 6 years ago and the competition seems to be taking market share.

Founded in 1990 by Wilfried Vancraen and headquartered in Belgium.  Vancraen, then only 20 years old, started the company after seeing 3d technology in a research facility in Germany.  He remains the CEO to this date.  Research shows founder led companies tend to out perform competition, and Materialise is showing as such.

Materialise is 100% focused on 3D printing with 3 segments:  software (32% of business), services, and medical devices.  They do not manufacture 3d printers.

Founded in 2006,Germany.  A 3D printer manufacturer.  Traded on ETR.

Directory of Other 3D Printing Companies

Voodoo Manufacturing – founded in 2015, Brooklyn. A 3D printing service with 200 plus 3D printers.

Zortrax – founded in 2013, Poland.  A 3D printer and filaments manufacturer.

XYZprinting - founded in 2013, Taiwan.  A manufacturer of a wide rand of 3D scanners, printers, color printers and printing materials.

Velo – founded in 2014. A 3D printer and software manufacturer.

LulzBot – founded in 2011, North Dakota.  A 3D printer manufacturer as well as parts and materials.

BQ – founded in 2009, Spain. Seller of electronics including 3D printers.

Is 3D Printing a Good Investment? Who are the Players?