PVA vs HIPS: Which Material Should You Be Using? 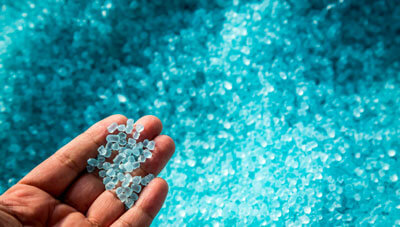 If you’re new to the 3D printing world, choosing which materials to use, such as PVA vs. HIPS, can be downright confusing. Perhaps, you’ve heard contrasting opinions from friends that favor one material over the other. So, what’s the truth? Should you use PVA (Polyvinyl alcohol) or HIPS (High Impact Polystyrene)?

What is a Support Structure?

Before we go into too much further detail, we need to cover what these materials are even used for. PVA and HIPS are both materials used for creating support structures. They are needed when you want to create intricate geometric designs such as overhangs, bridges, or any figure that works against gravity. Usually any structure that goes above a 45-degree angle might need a support structure.

Support structures act as a base for your main build material to rest on until it becomes fully set and dry. The absence of a support structure could simply cause your print to collapse and the design you expect for your print cannot be achieved.

Here are some of the important specifications that support structures should have:

Ability to be dissolved easily.

Compatibility with the build material

What are the Specifications of PVA and HIPS?

What are the Advantages of PVA?

Due to its ease of use, PVA can be ideal for you if you plan to make complex geometric structures. Here are some of the advantages when using PVA:

How to dissolve: Submerging your print in tap water will do the trick. You won’t even have to worry about your build material reacting because it isn’t acid-based.

Heat bed may not be necessary

What is a Dual Extrusion Printer?

In simple terms, an extruder is an essential part of a 3D printer where it expels the filament or material used such as a PVA to make the object. Typically, a 3D printer only has a single extruder, but many are also equipped with two extruders.

PVAs can be made for dual extrusion printing when it is used as a support material for PLA (Polylactic acid).

Ways to Speed Up Dissolution of PVA

While it could take 18 to 24 hours to dissolve PVA, there are several ways that you can speed up dissolution:

Don’t forget to rinse off with running water as the last step to clean up your print. Pat dry with a dry paper towel afterwards.

When to Choose PVA as Support

PVA is a great choice if you decide to use PLA (Polylactic acid) as your build material. PVA and PLA make a great combination due to their similar temperature requirements ranging from 190-220°C. You won’t have to worry about damaging one material or the other, which frequently occurs when two materials have different optimal temperature.

While there are other build materials aside from PLA that work well with PVA, it is best to do your research first. Typically, each manufacturer or brand will specify what support filament works and what doesn’t. For instance, Ultimaker claims that their PVA has reliable adhesion to CPE (Co-polyester) and nylon. Thus, it is always best to check what the brand recommends.

Why Should You Choose PLA as Your Build Material?

PLA is great for those who are new to 3D printing simply because of its ease of use. If you want to print an intricate model design but want to start out easy, this is your best choice alongside PVA.

In addition, PLA is non-toxic and biodegradable just like PVA. Thus, it is safe for both your health and the environment.

What Are the Advantages of HIPS?

A regular polystyrene breaks easily, so to address this problem, HIPS was created as the “love child” of polystyrene and polybutadiene rubber. HIPS is a waterproof plastic commonly used in 3D printing due to its resilience, durability, and cost-effectiveness.

Furthermore, HIPS is relatively cheap compared to PVA. Price ranges from $8 to $20 on various websites like Amazon. This is almost half the price of PVA! So, if your goal is to create many prints, then you can get more with HIPS.

Aside from the fact that HIPS acts as a great support material, HIPS can be used as a build material on its own.

To dissolve: Airwolf3D suggests submerging your print in a 1:1 mixture of limonene and isopropyl alcohol. A sonic cleaner may also do the trick.

Poor bed adhesion causes the print to move constantly resulting to instability and inaccuracy that could ruin the whole structure.

How Do You Resolve Poor Bed Adhesion?

When to Choose HIPS as Support

HIPS is an excellent choice if you plan to use ABS (Acrylonitrile butadiene styrene) as your build material because of their rigidity and durability. While both share an optimal hot temperature range of 220 to 240°C, the main reason why they are a great combination is that ABS does not chemically react nor corrode with limonene, the chemical solvent for HIPS.

One thing to remember when using both materials is to work in an environment with adequate ventilation as ABS emits a slight odor during printing while HIPS emits noxious styrene fumes.

Why Should You Choose ABS as Your Build Material?

ABS used to be a popular choice back until recently when PLA became more popular for its ease of use. Nonetheless, here are two reasons why ABS is the right material for you:

Durability and cost-effectiveness are only two of the many advantages for using ABS. However, one thing to keep in mind when using ABS and HIPS is that they are prone to warping. Don’t fret because there are several ways to keep your 3D print from warping.

How to Avoid Warping

Normally, thermoplastics expand when heated or in a liquid state, and shrinks when cooled down. A common occurrence that results to warping is when the extruded plastic that comes in contact with the build plate begins to cool down while the other parts above it is still hot. This is usually evident on the edges or around the corners.

Here are ways that you can do to avoid warping:

Heat bed plate at least 10 minutes before starting to print

Build plate must be leveled

How to Fix Warping

Warping, in some cases, may be reversible. All you need is a hair dryer to blast warm heat to your print and move the dryer around to distribute heat. Once you feel the plastic starting to soften, you may want to try bending it back. If this doesn’t work, then I’m afraid you would need to reprint your model again.

The choice between PVA and HIPS ultimately depends on a variety of factors including the build material to be used and what structure to create. PVA is used by many 3D printing enthusiasts because of its solubility in water and ease of use whereas HIPS is often used in support of ABS for those who seek for durability and rigidity.

While there is no single characteristic that outweighs one over the other, it is always essential to know what build material works best because using the wrong combination could just ruin the entire 3D print.

PVA vs HIPS: Which Material Should You Be Using?