The Main Differences Between FFF and FDM Explained 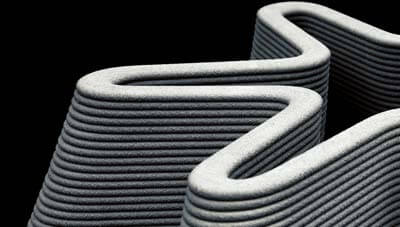 Anybody who’s ever learned about 3D printing is sure to have come across the mysterious and ubiquitous initials “FFF,” or fused filament fabrication, and “FDM,” or fused deposition modeling. But what are they, and what’s the difference?

There is no difference between FFF and FDM printing. The different names result not from different printing processes but trademarking. The term “FDM,” which stands for fused deposition modeling, is a trademark of the company Stratasys. FFF, or fused filament fabrication, is un-trademarked.

The name-only difference between fused filament fabrication and fused deposition modeling comes down to a legal issue.

This created some problems for other companies interested in developing similar technology. To solve this problem, it became commonplace to use the term “fused filament fabrication.” This allowed people and companies to discuss and develop 3D printing technologies without the fear of being sued for using the FDM trademark.

Though this might seem like an easy solution, it creates some problems. For people who aren’t familiar with the history of the FFF vs. FDM dispute, it can be easy to assume that the two technologies are totally different.

This is problematic when communicating ideas about 3D printing to the public. The average person isn’t going to be aware of this history, and thus might find it confusing to read about these two seemingly disparate means of additive manufacturing.

If, for instance, the owner of a fused filament fabrication printer wanted to learn more about how it worked, they may pass over perfectly helpful guides or articles because those guides only refer to fused deposition modeling or vice versa.

Similarly, manufacturers of 3D printers could run into problems if they advertise their product as using fused deposition modeling techniques without realizing that the term is trademarked. Though “fused filament fabrication” is generally the preferred term, its usage isn’t ubiquitous. The lack of communication this creates across the 3D printing industry can hamper communication and innovation and can make marketing products to consumers complicated or confusing.

FFF/FDM is the most popular 3D printing method because of its relative inexpensiveness and ease of use.

The 3D printing process starts with a 3D model made in a modeling program like Blender. The printer then builds a physical object from the 3D model by laying down layers of material called filaments with a heated nozzle or extruder. The heated layers are placed and fused on a flat printing bed.

Beyond this basic system, the workings of FFF/FDM printers can vary slightly depending on the model type.

FFF/FDM printers also have a variety of extrusion systems—that is, the system through which the printing material is applied. These can include:

THE PROS AND CONS OF FFF/FDM

FFF/FDM printers are great because they’re relatively inexpensive and easy for newcomers to use. They’re the ideal entry-level tool for people to dip their toes into the 3D printing world. The fact that they’re on the lower end of the 3D printer spectrum comes with some drawbacks, though, namely as they relate to the quality of the objects they produce.

FFF offers many benefits to consumers and businesses alike. Since many printing materials are inexpensive, 3D printing allows people to make just about anything they can find a 3D model of in the comfort of their own homes.

FFF and FDM printers are also cheaper than some other alternatives—the RepRap project even developed a way to use FFF and FDM to create self-replication printers! That means if you have one RepRap printer, you can make one for your neighbor too.

Another benefit is the scalability of FFF/FDM printers—the only limit is the size of the gantry rales on which the extruder moves. Since the cost of parts is low, it’s relatively inexpensive to make large FFF/FDM printers that can go on to produce massive 3D printed goods.

However, FFF/FDM comes with some drawbacks. Because the layers are stacked one on top of another in a set order, they end up being weaker in the direction perpendicular to the stack. This can be overcome by adding support elements, but this costs extra time and materials. Making high detail prints is a challenge as well since the material is extruded in layers.

WHAT KIND OF MATERIALS DO FFF/FDM PRINTERS USE?

According to 3D Insider, there are a wide variety of filaments available for FFF/FDM printers, all of which have their own uses, pros, and cons.

ALTERNATIVES TO FFF AND FDM

Though FFF/FDM is the most common 3D printing process, especially at the consumer level, it is not the only one. In fact, there are many categories of 3D printing technologies, each with their own subcategories of machines.

FFF/FDM printers belong to the category of material extrusion printers. These printers all push heated filaments through a nozzle that, when hot, combine to take the shape of the desired printed object.

Other types of material extrusion printers include:

Outside of material extrusion printers, other 3D printers vary in the materials and methods they use to print objects. Some use powders as their base material; others use droplets of material. Different printers might construct objects in a different order, adding different parts at different points. All in all, 3D printers are diverse in their manufacturing methods.

THE WIDE WORLD OF 3D PRINTING

As you can see, the complexities of 3D printing go far beyond FFF vs. FDM. Though filament extrusion printers are the most used on the consumer level, a wide variety of models and technologies exist, each with their own quirks and purposes.

3D printing represents a new horizon in terms of manufacturing, both for consumers and businesses. As 3D printers become less expensive and more widely available, there is no telling what the future will hold. It’s a brave new world.

The Main Differences Between FFF and FDM Explained