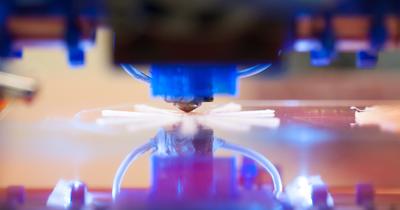 Once you become an avid 3D printer user, you start to become more familiar with the associated risks like thermal runaway and how to prevent them.

Setting fire to your 3D printer is every user’s biggest fear, and it can be quite a costly mistake if it were to happen. This is why you need to understand thermal runaway and how it can be prevented.

Thermal runaway is when your 3D printer overheats and something goes wrong, resulting in severe printer damage or even a fire. Thermal runaway can happen due to hardware problems, a thermistor malfunction, a misaligned heater cartridge, or a lack of runaway protection.

The process of 3D printing is achieved by laying down successive layers of material on top of each other, then fusing them together to create the desired object. To do this, the printer must be heated up to a certain temperature, which is why thermal runaway can happen. This guide explains more about what thermal runaway is and the steps to take to avoid it.

We have tested many 3D printers in the past to understand the components, hardware, and protection they have in place for things like thermal runaway. This allows us to provide the most accurate guide to help you become an expert on the topic.

Thermal runaway is something every 3D printer owner and the user should try to avoid at all costs. It will likely result in severe damage to your machine and put you in danger of overheating, leading to a fire.

This term was initially used to refer to lithium-ion batteries' uncontrollable, self-heating state. And the same risk is present for 3D printers because of the capacity they must accommodate.

Because of thermal runaway, performing routine checks on your machine is necessary to ensure everything is working properly. This can keep you safe and prevent serious damage.

When your 3D printer reaches extremely high temperatures, there are parts like the thermistor to keep it controlled. If this fails, overheating will happen, and thermal runaway becomes a possibility.

This is why it is best never to leave your 3D printer running and unintended for too long. After a few hours of printing, this can occur.

What Causes Thermal Runaway In A 3D Printer?

The process of 3D printing is a bit complex. The printer builds up layers to gradually create an object, but if one of these layers is not strong enough to support the weight above it, the whole process can come crashing down.

Thermal runaway is when the print head’s temperature gets too high and can destroy your 3D printer. But what are the exact causes of thermal runaway?

The most common cause of thermal runaway, overheating, and fires within your 3D printer are due to hardware problems. This is why regular maintenance is important.

Hardware problems usually mean your protection malfunctioned or broke, and the temperature was uncontrollable once it reached too high of a level.

When this happens, you likely are unaware because, many times, 3D printing is done with a lack of supervision. This results in the temperature continuing to rise until a fire occurs.

It is best to always test your runaway protection before trying a bigger printing job that requires long use or high temperatures to catch this ahead of time.

Another crucial component of your 3D printer, and how well it can handle rising temperatures, is a thermistor. When this part malfunctions, it is possible to face thermal runaway problems.

Assuming you are without a thermistor, the printing temperature has no cap and continues to rise during use. Eventually, it will reach extremely high levels that are unsafe for your machine.

Without the thermistor, there is no way to set a controlled temperature, which can also result in your protection software failing.

The heater cartridge is another potential problem waiting to happen when using a 3D printer. If it becomes misaligned, it could result in thermal runaway.

This can happen because the misalignment leads to poor heat transfer to the heater block component. This leaves other aspects of the printer exposed to high temperatures.

How To Protect Against Thermal Runaway For Your 3D Printer

Thermal runaway is a condition in which a device's temperature increases exponentially. This is usually caused by an uncontrolled reaction due to the presence of a catalyst or from an incident such as an electrical fault.

Luckily, there are a few ways you can stay ahead of this risk and protect your 3D printer.

This may seem unorthodox, but the only way to test your thermal runaway protection is to get your 3D printer to a high temperature. This should trigger the protection software.

A safe way to do this is by using a hair dryer at the printer's hot end to increase the operating temperature. This gets the nozzle hotter and should result in a prompt on the screen for your runaway protection.

Another testing method is removing the printer's heating element and trying a print command. When this is removed, the nozzle should trigger the runaway protection when trying to prompt a print.

Both methods are easy and safe options for running a quick test on your 3D printer.

With the increasing popularity of 3D printers, the need for safety has also increased. It is not enough to just have a general fire alarm in place. You should create a fire-safe environment for your 3D printer to minimize the risks of runaway protection.

You should ensure that the area where you are using your 3D printer is well ventilated, with good airflow, and away from any heat sources.

This will minimize your exposure and risk of thermal runaway.

You should also treat your 3D printer carefully by performing regular routine maintenance. This will allow you to spot any problems before they present a serious risk.

This includes thorough inspections of any internal wires, the heating cartridge, and the thermistor. They should be aligned properly and close enough to your hot end for temperature detection.

Be sure to check other parts of the printer, like the heat block screws and assembly. It is best to do this before every printing project, if possible.

Do All 3D Printers Have Thermal Runaway Protection?

In the 3D printing industry, thermal runaway is a problem that causes the temperature of the extruder to increase until it burns out and melts through the filament.

This can happen if there is no thermal runaway protection. Most modern 3D printers will include some sort of firmware to protect against this risk.

Nearly all 3D printers have some degree of thermal runaway protection, and many have advanced features such as auto-shutoff when the extruder gets too hot or a sensor that detects when the filament has jammed.

We recommend only working with 3D printers that have thermal runaway protection. It will ensure you are always safe from potential fires, and they tend to have better warranty coverage too.

You can also take proper steps to lower temperatures, like using a fan in the general area of the printer. This will serve as an extra precaution, just in case.

What Temperature Does Thermal Runaway Occur?

Thermal runaway is when the device generates more heat than it can dissipate, causing the temperature to increase until it damages or destroys itself. But exactly how high of a temperature can it handle?

Ultimately, the exact temperature will vary based on the filament and the printer. But a general rule of thumb is that 185 °C is the number when it can begin to happen if there is something wrong with your printer.

For example, reaching 185 °C without your thermistor will rapidly increase temperatures at this level and lead to thermal runaway quickly.