What Are the Biggest 3D Printed Things? 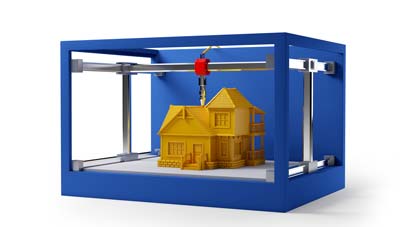 3D printing is becoming more prevalent than ever, with designs and objects everywhere being created through this innovative process. The designs on small things like gamepads, portable speakers, and flower vases show how much it has evolved and been applied in different industries. However, it is also possible to print large objects.

Many large structures and objects have 3D printing involved. In fact, while you may not know the objects were 3D printed, they might be familiar to you. Read on to learn about some of the biggest 3D printed things.

One massive building that included 3D printing is a 400-square-meter mansion erected by HuaShang Tengda, a Chinese construction company, and it is a sight to behold. Construction started with the erection of the villa’s frame, and it was followed by 3D printing of concrete over the erected frame.

Of course, with such a specialized job, the company custom-built the printing system used, but it shows how far the technology can go.

The construction method employed for this beauty is a rather unusual one since around 20 tons of C-30 grade concrete went into the entire construction. With 250mm thick walls, this mansion stands as a highly durable structure. In fact, building the structure without a 3D printer could have proven difficult.

The impressive 3D printing on this building took 45 days to complete.

This particular bridge is located in a Shanghai park, and unlike the first object on this list, the pedestrian bridge was printed in plastic. Shanghai Mechanized Construction carried out the construction in collaboration with Polymaker, a company specialized in building materials.

An interesting fact about this bridge is, it is primarily made of ASA, Acrylonitrile Styrene Acrylate, though 12.5 percent of the bridge contains glass fibers. ASA is an alternative form of plastic that is:

The 15.25-meter long bridge was printed by the largest 3D printer in the world. On completion, it weighed 5.8 tons with 3 meters in width and 1.2 meters in height.

Additive manufacturing, another name for 3D printing, truly knows no bounds when it comes to its application. The Wave, the first 3D printed camper, holds the record for being the largest indoor 3D print.

The record was achieved with help from an ErectorBot 3D printer, which was the largest 3D printer in North America. Create Café carried out the project in partnership with Saskatchewan Polytechnic.

The camper, composed of a single large piece, has a weight of 600 pounds and a length of 13 feet. 3D printing on this project spanned over nine days of continuous work.

An advantage of this large 3D printed product is that it eliminates many of the problems seen with most campers, making it quite the innovation. In fact, the creators are planning to create a new line of 3D printed campers, thereby setting the trend for future camper trailers.

The Light Rider can easily be spotted due to its unique bionic design, which is all thanks to 3D printing. The bike frame was produced by APWorks, a German company. Unlike some other 3D prints printed in a single piece, the frame was not designed in one piece.

The bike’s frame production was carried out with an SLS (Selective Laser Sintering) 3D printer while using a special type of alloy powder as material to generate the complex shapes on the bike frame.

The Light Rider stands out as the first 3D printed electric bike, which has a lightweight structure of around 77 pounds.

When Mikrotvornica, a Croatian digital manufacturing company, decided to create something worthy of an international exhibition, they designed a sculpture of a female golfer and named her Prudence. The sculpture was quite the undertaking, with the final product:

Prudence consists of 21 parts produced separately on an FDM 3D printer developed by Mikrotvornica using PLA plastic. After printing was complete, the parts were glued together and painted as one sculpture.

This particular lounger, named “Sofa So Good” by its creator, is the largest piece of object printed on an SLA 3D printer. Janne Kytannen created the 5.5-pound lounger. With its complex but impressive design, you are likely to call it a giant spider web at first glance.

Production of this object required 2.5 liters of Resin and a ProX 950 3D printer to complete. To support this chair, the creator added a coating of high polish copper to enhance its strength. The makers also added a coating of chrome to improve its aesthetics.

On completion, Sofa So Good measures around 5 feet in length and can support around 220 pounds in weight.

The unique propeller named The WAAMpeller is undoubtedly a large object. It took the collaboration of many companies to complete, including:

The WAAMpeller was named based on the techniques involved in its production, which the producers called Wire Arc Additive Manufacturing, hence the WAAM acronym. The production technique involves melting metal wire with an electric arc.

The end product is a 298-layered propeller made of nickel, bronze, alloy, and aluminum. Not only is it an impressive product, but it is the first class-approved 3D printed propeller.

Autodesk provided the software used, while Promarin made the initial design of the propeller. Verification was carried out by Bureau Veritas, after which the unveiling of the propellers was done at Damen’s shipyard.

When applied in the production of a Trim-and-Drill tool, additive manufacturing scored a big one in the aviation industry. Oak Ridge National Laboratory produced it in conjunction with Boeing. At the time of production in 2016, it was the largest 3D printed object in the world, according to the Guinness World record.

The printing was done in a single piece on a customized FDM 3D printer. ABS plastic fortified with carbon fiber was employed as production material.

This aerospace tool facilitates wing production for the version 777x of the Boeing passenger plane.

The University of Maine created a boat using 3D printing. The boat, also known as the 3Dirigo, was designed by researchers at the school. UMaine Advanced Structures and Composites Center developed the 3D printer used, which was a polymer printer.

Coming in at around 25 feet long and 4400 pounds, the team earned 3 World Records during its creation:

In terms of size, this object does not compare with any other in this category, but it is very impressive when considering the titanium involved in the production. The titanium brake caliper is produced by Bugatti in collaboration with Laser Zentrum Nord and was specifically made for the Chiron Hypercar.

With the application of additive manufacturing, the brake caliper was printed in a single run with the aid of an SLS 3D printer.

What Are the Biggest 3D Printed Things?