What Is a Raft in 3D Printing? 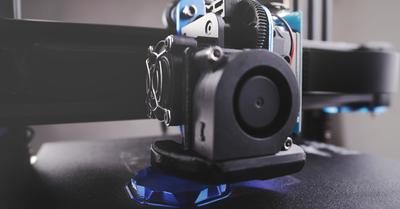 To ensure better bed adhesion, many people use a raft when they print out 3D objects. However, the question here is, what is a raft in 3D printing?

A raft is a horizontal filament in the pattern of a web and is placed right on the 3D printer’s build platform. It is on this layer that the first printed layer is placed in a 3D printer, and because of that, the raft is extremely important in 3D printing.

While the raft solves the problem of warping or damaging the 3D print because of the layer not adhering to the build area or not having a good finish, you still have to know exactly how to use the raft to create those error-free prints.

Our experts have printed 3D models of all shapes and sizes and are familiar with 3D printers of various types and complexities. With that knowledge backing us, we’re more than happy to share our expertise with you. So, let’s get started.

‍What Is a Raft in 3D Printing?

As mentioned, in 3D printing, a raft is a horizontal web made out of filament and placed straight onto the build platform. The whole idea of the raft is to provide a sort of platform for the item that’s being printed. This is why the first layer that is printed by the 3D printer rests on the raft. The raft is what makes the printed item stay put on the build surface of the 3D printer.

Because of the added support that the raft provides, many consider it to be an essential component in 3D printing. This is especially true if you want to get that all-important first layer correct the first time. In this way, since filaments are pretty expensive, adding a raft to the mix while you’re 3D printing can ensure that you don’t end up wasting any of that expensive filament.

When Is a Raft Useful?

Not getting a 3D print right can be quite demotivating, especially for beginners. If you don’t use a raft when you’re 3D printing, one common issue that you might face is warped prints, which is otherwise known as elephant’s foot.

Now that we’ve covered the basics, it is time to take a look at when you should use a raft in 3D printing.

Few people who use 3D printers know this, but ABS filaments are the most prone to warping. This is mainly because the filament is made of soft material that requires much more support than other harder filament types used in 3D printing. One of the mistakes that many beginners make when trying to avoid warping is that they either use a heated bed or start spreading a sludge made of ABS filament or acetone onto the bed.

While this all seems like a lot of hard work (and it is), the truth is that many 3D printer users who use such methods find out the hard way that these methods just don’t work. Even if you do get a couple of 3D prints right using a heated bed or the acetone or ABS filament sludge, that quality will be short-lived, and you’ll end up wasting more filament.

This will not only slow down the entire process of building 3D prints but will also be a costlier option since you will have to buy more of the filament for each project. A more cost-effective method of solving the issue of warping or elephant’s foot when it comes to 3D printing is to add a raft to every 3D model that you plan on printing.

Many hardcore 3D printer users tend to scoff at the idea of using support during the 3D printing process. However, this can be a big mistake. Even if the object that’s being printed has got legs, those legs aren’t always strong enough to take the weight of the object. This is especially the case when there are tiny legs on an otherwise large object. In such circumstances, those tiny legs can only take so much before buckling under the weight of the 3D printed object and ruining your print, time, effort, and money.

If you are printing an object with tiny legs that will not support the weight of the object that’s being printed, then it is advised to use a raft for such prints. While there is no reason to remove the legs of the item being printed, all you have to do is increase the contact area of the object by adding in a raft so that it has the adequate support it needs to stay upright during the entire printing process.

Ask any experienced 3D printer user, and they will tell you about the importance of getting a solid first layer for any 3D print. The stronger the first layer, the more support the printed object gets so that it stays in one place while the rest of it is being printed. Having a stronger first layer also keeps the item being printed from collapsing, which is another major issue that many new users are faced with when using a 3D printer.

It goes without saying that you will need the printed object to stay in place during the entire printing process. One move in either direction can spell disaster for the entire print. While folks tend to use various techniques to keep the item in place while it is being printed, one of the best ways of making sure the 3D printed object remains in place is by using a raft.

Keeping that in mind, the raft provides that much-needed support during the printing process. It also gives the entire object a solid foundation to stand on so they don’t tip over or lean to one side in the 3D printer. So, the next time you are printing a 3D object that does not have firm legs to stand on or a flat base, they go for a raft to minimize failure.

Possible Issues with Using a Raft

While we are all for using a raft to give your 3D prints the support they need and get better prints, in the spirit of fairness, there are some things that you should know about using a raft with a 3D printer. One of the well-known issues with using a raft is that it sometimes results in a rough finish at the bottom layer.

Also, the raft can be difficult to remove from the model, especially if you are using a denser raft. This also increases the chances of breaking the printed object while trying to remove the raft. That being said, the amount of stability that a raft offers a 3D printed object is reason enough to use one when you’re printing 3D objects.

What Is a Raft in 3D Printing?