What Is Rapid Prototyping? 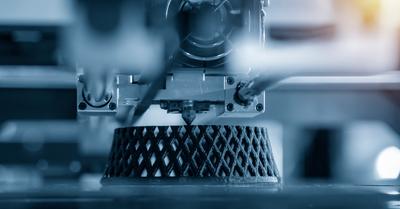 The fairly new concept of rapid prototyping has helped change the methods for making an example of a new product – and in some cases, it forms the foundation of 3D printing.

Rapid prototyping describes the idea off taking a design for a product and making a printed 3D example of it. The process of rapid prototyping attempts to make an example product faster than using a whole assembly line and making significant machine changes while a product could still change.

We'll talk about the history of rapid prototyping and a bit more about 3D printing its uses, and impact on industrial design.

We've done plenty of research on industrial design and rapid prototyping and will explain the concept.

Imagine you are trying to introduce a new product for sale- whether it's on the retail market, commercial, or wherever. While you've done market research, all you have so far to demonstrate the product, and it's uses is a 3D model.

For every physical product you see on store shelves, there was probably a whole process dedicated to designing that product, then making an existing or new manufacturing facility with specific molds and machines to build the product and its components. This process could take a long time – and a lot of money. You also better hope you get it right the first time because it will cost more time and money to make the process right again.

How does it work?

Many businesses that want to make a prototype can buy or rent and use a 3D printer. A 3D printer is a special type of “printed” that looks like an open ink printed but uses a printhead or extruder with an arm that melts specific kinds of plastic. The plastic can be melted according to a specific model or plan, and make the shell for an industrial product.

The result gives the manufacturer a good idea of what the product will look like before making many more of them or making them out of a different material.

A 3D printed model also gives customers the chance to see a product before it is fully finished. The manufacturer can then go back to the drawing board and sometimes make a new version of the product within a matter of hours. Rapid feedback is possible, and multiple prototypes can be made at the same time without a big effect on the length of time needed since retooling and shipping might not be necessary.

In some industries, this is a big deal. The ability to rapidly create prototypes that are the right size is vital to having workers and customers test the product – and see how it will look in their home or office.

How do I get started with rapid prototyping?

You'll need either a 3D printer or to find a company that will print for you. You'll also need someone with working knowledge of Computer Assisted Drawing (which probably isn't a problem if you are currently manufacturing and have an engineer). Just like actual manufacturing, you'll want to get some experience in learning about materials for the purpose of printing your designs accurately, but that will come in time.

Rapid prototyping is fairly common in the world of furniture, and some companies buy a 3D printer so they can print from their office. While the process does require some learning, it is worth it to speed up the development of a new product without having to go through the same costly and time-consuming facility management.

Are there other advantages of rapid prototyping with a 3D printer?

Rapid prototyping works well with rapidly changing tastes and technology. Discovering that customers don't like your product and it needs a redesign can involve a fair bit of time and money. You might miss a moving market if you can't have your facilities retool and get new instructions fast enough. Instead, rapid prototyping lets you make changes in days, if not hours, and catch up to a rapidly moving market. While your product will eventually be in the hands of an industrial manufacturer, you can get good plans over faster and be more ready.

How big is a 3D printer?

Basic models readily fit in an office, especially if you are printing small items. You might want to dedicate more floor space if you are printing larger items, though in reality, you can print multiple small parts and potentially put them together.

The price of building a room for a 3D printer is still far smaller than developing and preparing a prototype on repeat from a manufacturing facility.

3D printing actually has its deepest roots in rapid prototyping. Companies that relied on manufacturing realized they could move a lot faster printing models in 3D. 3D printing is now used for a large variety of reasons, and you could print just about anything from silverware to figurines and prints – but the main reason for 3D printing to begin was to make a prototype faster.

What Is Rapid Prototyping?