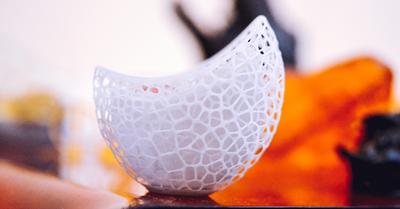 Technology has always played an important role in the evolution of contemporary art forms, dating back to the dawn of time.

Today, 3D printing and sculpting are at crossroads, and many believe that 3D printing will eventually replace sculpting.

3D printing is certainly changing how traditional art is imagined, designed, and created. But will 3D printing completely replace Sculpting - one of the oldest art forms, is the real question.

Let's take a look at what sculpting is and how it currently affects the world before we get into how 3D printing and sculpting are related.

The sculpture is one of the oldest and most well-known art forms. Originally, carving and modeling in stone, wood, ceramics, and metals were used, but the art form has evolved to include a variety of new materials as well as improved tools and processes.

The earliest form of sculpting is considered to be dated around 32,000 B.C. The western tradition of sculpting, however, can be attributed to the ancient Greeks. The Greeks are known for creating great masterpieces of sculpture of gods and goddesses, leaders, religious and mythological figures. This tradition was passed on to the later Greeks and then taken to places across the globe by artists who sought fame elsewhere. Over the years, many empires have used sculptures to showcase their power and left their cultural significance on the land they ruled upon and this has always been an art form admired and respected across cultures.

Like every art form and technology, sculpting is also evolving and the tools used for sculpting have also continually evolved from the humble hammer and chisel to the various forms of specialized chisels (tooth chisels, point chisels, flat chisels, etc.), rasps, tracing tools, sandpaper, etc.

In the 21st century, the art form is now facing a new challenge due to the advent of a new form of manufacturing technology. We see more about it in the next section.

The Confluence of 3D Printing and Sculpting

3D printing is rapidly gaining traction across industries, with applications in a wide range of fields. It solves critical and long-standing problems in the industry it is adopted into, and this serves as proof for other industries to investigate and adopt it sooner.

3D printing is gaining popularity in a variety of fields, including art. More and more artists are now turning to this new technology to improve their creative abilities and create complex, never-before-seen creations.

The foundation for 3D printing is 3D modeling. Anything can be 3D printed as long as it has a digital CAD file created in a modeling program. The majority of these modeling programs make use of the sculpting technique. To make the sculpting software more lifelike, real-world operations like adding and removing materials, pressing and smoothening, cutting, and so on are replicated. Furthermore, some tools provide an even better user interface for creating digital models that are more complex than what most artists are capable of.

Once the design or model is sculpted, this digital design or the intangible file is loaded into a 3D printer to be transformed into a tangible three-dimensional object.

This is the confluence of the traditional way and the modern software-based way of sculpting and 3D printing it into a physical form.

While some say 3D printing is a threat to the ancient art form, others disagree and argue that this is a new era of sculpting.

The sculpture is one of the most ancient forms of art. The level of creativity in this art form is entirely dependent on the creator's skill. A sculptor/creator can create complex and interesting structures to represent thoughts, ideas, experiences, and emotions.

The world has seen instances where the traditional art forms have been enhanced with the use of technology. The same is possible for sculpting. The new technologies can only enhance the creation and how the intangible is represented in a tangible world.

If 3D printing gives the ability to recreate highly complex structures from designs into physical products, then it can be said that as time passes, we will only see more and more complex creations that were previously not possible. We see this growing trend in many products. The footwear created by Adidas through 3D printing is a practical example of how 3D printing helped in creating a running shoe that is not only aesthetically superior but also delivers better performance.

Three Reasons why 3D Printing will not Replace Sculpting

We list down three reasons why we feel that sculpting is not a dying art but will find a resurgence in the coming decades.

3D Printing is a Tool

It is important to understand that 3D printing was developed as a prototyping tool but has, over the decades, evolved as a manufacturing technology that can create complex objects.

It is established that 3D printing is a tool to be used to build creations. And tools are only as good as the user of these tools. It can be considered to be a sophisticated equivalent of a chisel and a hammer that help in sculpting but cannot operate on their own to build the sculpture.

3D Printing is Science, Not Art

Unlike sculpting, 3D printing is a technology backed by science. It in itself cannot create anything. The creation from a 3D printer is completely dependent on the input design file and the machine settings. Any error in the same can have a direct impact on the creation and can affect the sculpture. Moreover, the sculpture may not be perfect and it may require a lot of post-processing to make it more attractive.

The art in 3D printing lies in the designing aspect where the artist can learn the design software and sculpt designs using digital sculpting software applications like Zbrush, Mudbox, etc. Once the design is created, the art ends and the science of getting the design manufactured starts.

While 3D printing gives unprecedented ability to create complex objects, it also brings along a critical problem. It also can create counterfeits. Any person can simply scan an existing sculpture and recreate its design and 3D print the design to form a replica of the original creation. This is a serious issue and a big challenge going forward.

To address this issue, experts believe that governments and relevant authorities will certainly put significant curbs and limitations on the use of 3D printing technology in the art field. Though this is a futuristic assumption it is possible and thus it will not be seen as a replacement for sculpting.

Considering the above three scenarios, we can easily say that 3D printing will not replace but enhance sculpting and encourage more and more artists to try out the technology for superior creations.

It is difficult to paint a picture of the future of sculpting and how the traditional art form will evolve but the change is visible and inevitable. We are seeing a rise in the number of artists open to using new digital technologies to augment their skillset and derive better creations.

New technologies are particularly beneficial when devising new artistic works and creating unique works of art. With significant design and manufacturing freedom, the sculpture will shift the boundaries of the art form and reach new zeniths.

With technologies like SLA (Stereolithography), SLS (Selective Laser Sintering), and Binder Jetting, which provide surface finish and design capabilities along with the ability to replicate the same artwork multiple times to create multiple masterpieces, the field will see a new resurgence.