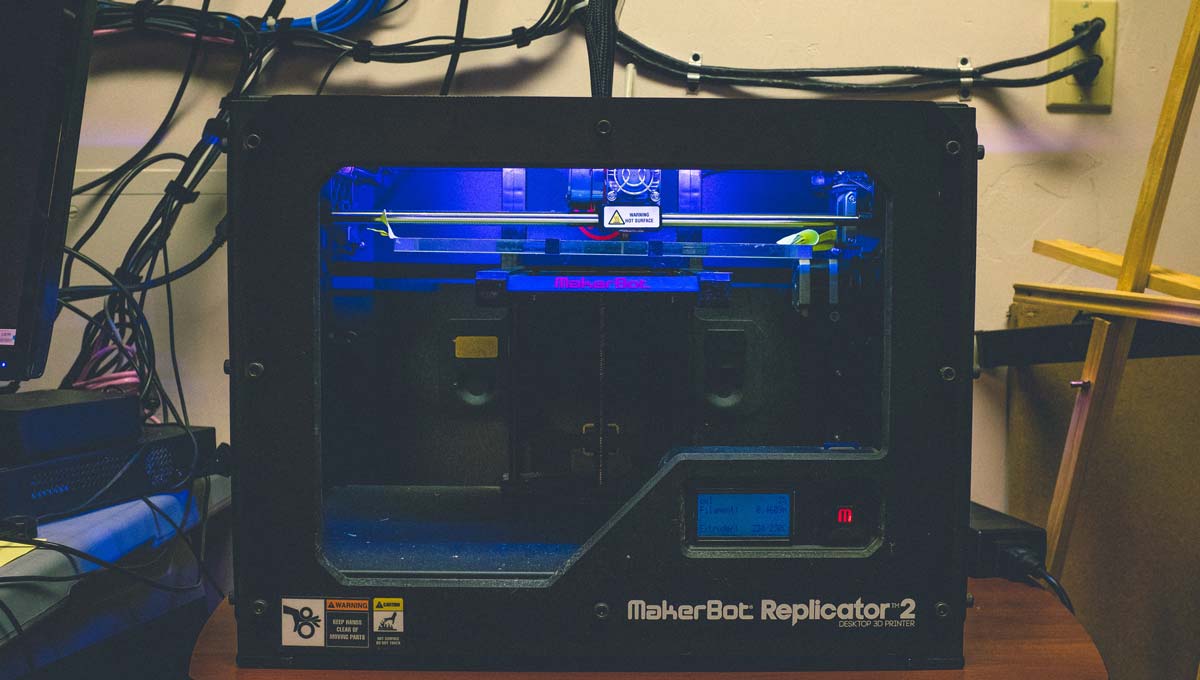 Whether you are a hobbyist or a professional looking for a 3D printer, you will want to learn more about 3D printer and types before making a big purchase. Material compatibility further leads to different strengths and weaknesses of the build, which further relates to the type of printer you select.

To make this a little easier to organize, we’ve referenced the ISO/ASTM 52900 standard which provides all terminology and further classifies each of the different types of 3D printers. Keep in mind that additive manufacturing not only encompasses 3D printing but other additive processes.

Thank you! Your submission has been received!
Oops! Something went wrong while submitting the form.

The first umbrella of 3D printers will be types that can print polymer materials. These include nylons and commonly used thermoplastic filaments.

Material extrusion is a 3D printing process where the filament is from a solid thermoplastic material which is heated and pushed through anozzle. The melted thermoplastic “ink” are the printer’s deposits which builds the desired design on a physical platform.

FDM is a common desktop 3D Printing technology for plastic parts and therefore a popular choice by hobbyists. Additionally, an open-source community called RepRap has developed with the patent expiration and is a great resource for DIY projects and questions.

Here is a great video to visualize the overview

The main difference between the two well-known Vatpolymerizations, SLA and DLP, is the type of light source that cures the resin.An SLA uses a point laser light while the DLP uses a voxel approach.

Within this category, both top-down and bottom-up approaching are being appreciated. In general, the process is similar as both methods require the Vat tank.

SLA is the original Industrial 3D Printing Process, invented by Chuck Hull in 1986. He filed the patent for the SLA-1 machine. The SLA is also known as SL, photo-solidification, optical fabrication, and resin printing. (Source: All3DP)

As mentioned previously, a DLP is very similar to SLA, but the key difference is that DLP cures liquid using a digital light projector screen.

Here is a video of both the SLA and DLP printing process explained above.

Masked stereolithography is similar DLP as it uses an image to print. In MSLA printing, an array of lights is covered by a digital mask which permits the pattern of light to pass through to make a specific design.

Check out this video of MSLA if you want to see the print process yourself!

Selective laser sintering, SLS, is the commonly known method of powder bed fusion. The 3D printing process in which the polymers are merged together by thermal energy source is often referred to as SLS

Here is a video to visualize the overview process

Multi Jet Fusion additive manufacturing technology was founded by HP in May 2016 and wasn’t necessarily fit into the ISO/ASTM 52900 from 2015.Yet it fits with the powder bed fusion family although it shares characteristics of both SLS and material jetting (next section).

Here is HP’s video on the product

In Material Jetting, droplets of material are deposited on a build plate then the polymers or wax materials are cured by light exposure (e.g.photopolymers). These formations are cured as the object is built layer by layer.

Drop on demand uses a pair of inkjets to deposit the droplet of materials. One is the typical wax-like material that builds the material and the other is the support material that can later be dissolved.

Here is an informative and animated video of the DOD process.

Think about material jetting similar to an inkjet printer printing multiple layers of ink upon each other to create a solid part.

During a binder jetting process, regions within a powder bed are selectively bound by liquid bonding agents. Binder jetting is often recognized as being similar to SLS but unlike the SLS, a binder jetting requires an initial layer of powder on the build platform for the bonding action to be initiated.

In binder jetting technology, binder droplets are deposited onto the powder which activates and binds the powder form to a solid object. Eachlayer of these droplets is processed on top of another as the build is lowered after each layer.

Here is an overview video of the binder jetting process mentioned above.

Although sheet lamination is not the most popular technique, it is still commonly used by architects, artists, and product developers.

Here is a great animation to visualize the overview from above.

This second umbrella consists of 3D printing for metals. Although the previous binder jetting consisted an overview of metal binder jetting, the following sections will cover 3D prints that mainly focus on pure metal builds.

In metal powder bed fusion, the solid objects are produced by fusing metal powder particles by thermal source activation rather than a binding process mentioned in the previous section (metal binder jetting).

The process of DMLS and SLM are similar to SLS.

Therefore, DMLS can produce parts in alloys (e.g. aluminum alloys), but SLM can only make titanium.

Here is an excellent video on the DMLS process.

EBM is a powder bed fusion process which uses an electron beam controlled by electromagnetic coils to direct the print pattern.

The focused electron beam melts the metal powder in the printing bed as it scans across the layer of powder.

The final category is the DED technology. DED is commonly referred to as Direct Metal Deposition (DMD), Laser Engineered Net Shaping (LENS), and Electron Beam Additive Manufacturing (EBAM). This is a unique method of depositing metal through a nozzle while simultaneously melting the metal.

Here is a cool video to see how it looks in detailed form and how it is used in industry.

Generally speaking, your selection of a 3D printer will widely depend on the application, budget, and overall project. Whether it is a metal object that you want to build or a polymer-based build, there are various options and choices that you can pick from for your next great purchase. 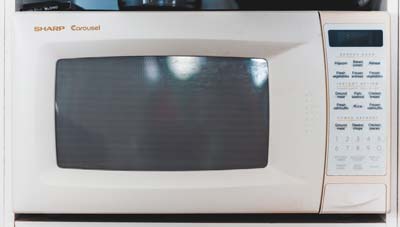 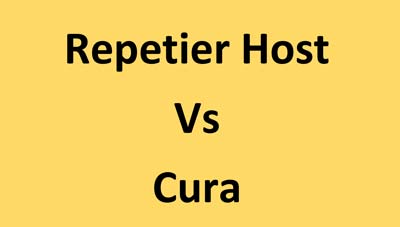 Repetier Host Vs. Cura: Pros & Cons Of Both 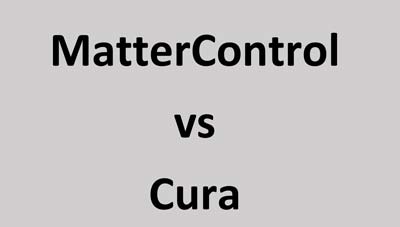 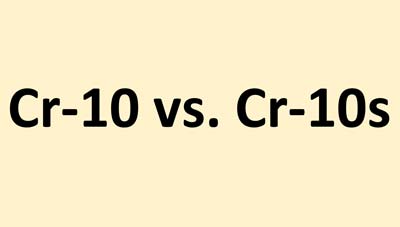 Cr-10 Vs. Cr-10s: What is the Difference Between These Models? 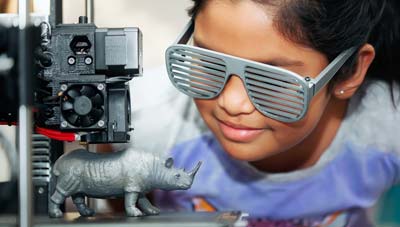 PETG vs Acrylic: Which Material Should You Use?

In most cases, you should use PETG over acrylic. PETG is more affordable and 5-7 times stronger than acrylic. 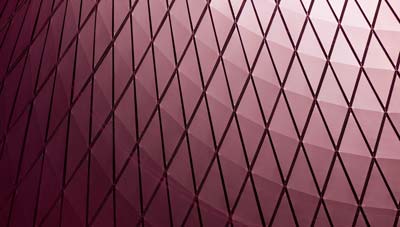 What's the Strongest Infill Pattern? Here is What I Think

Infill patterns can vary depending on what type of job you are doing as well as what kind of materials you are working with.

ABOUT US AT 3D PRINTING SPOT

Our purpose is to provide the most helpful, and easy-to-read 3D printing content possible ALL IN ONE SPOT.  We will explain a technical topic in ordinary language, so ordinary people can unleash the creativity of 3D printing.  Come back often as we produce content multiple times a week.

Thank you! Be sure to check your email!
Something isn't right. Try to submit your email again.

3dprintingspot.com is a participant in the Amazon Services LLC Associates Program, an affiliate advertising program designed to provide a means for sites to earn advertising fees by advertising and linking to Amazon. This site also participates in other affiliate programs and is compensated for referring traffic and business to these companies.