How 3D Printing Is Changing The World 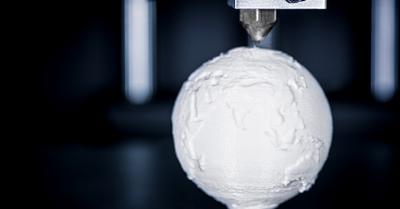 3D printing is changing the ways in which manufacturing happens, sure. But this exciting new technology has the ability to change the world.

Manufacturing (and the entire world) was forever changed when 3D printing became a reality. Through things such as medical advancements, increased creativity, local production, construction, less reliance on overseas shipping, and easier DIY projects, the world may never be the same.

3D printing is without a doubt one of the newest and most exciting manufacturing processes to come to light in (relatively) recent years. With 3D printing, the possibilities are almost endless. You can create just about anything that you can come up with and design on a computer. In this article, you’ll learn about some of the main ways that 3D printing is going to change the world, and even how it already has.

At first glance, this might seem like quite the exaggeration. And we get it, how can 3D printing possibly change the world? Well, let’s think about the big picture for a minute. Manufacturing is the backbone of the entire world. Without it, we would have nothing. Cars, electronics, weapons, clothes, factories, etc. — all things that are reliant on the manufacturing industry.

And considering that 3D printing is the biggest major change in the industry in recent decades, it’s a pretty big deal.

3D printing opens the world of manufacturing up to nearly limitless possibilities. No longer are we going to be constrained by the limits of existing manufacturing processes, requiring less complex parts and pieces or far more money to use. 3D printing truly has the potential to overhaul the entirety of the world’s manufacturing industry over the next few decades. And since you now understand how reliant the world is on manufacturing as a whole, you can start to imagine some of the ways in which this new process can change the world.

Let’s take a look at five of the biggest ways that 3D printing can expand beyond being a simple manufacturing process and truly change the world.

3D Printing In The Medical Field

Anything that can change the world of medicine on a large scale has the ability to change the world as a whole. And 3D printing is without a doubt one of those things. Everything from medication and prosthetics to replicas of human organs for surgical prep, 3D printing is already improving the medical field for the better. And this is only the beginning.

3D printing prosthetics, for example, can help produce new prosthetics for a fraction of the cost of normal ones, making them more accessible across the globe. Replicas of human organs allow doctors and surgeons to practice in-depth on real, physical objects before stepping into the operating room. While this one might seem a bit crazy to think about, 3D printed medication has even become a reality — offering the possibility to mass produce medication far cheaper than what it currently costs.

This is all just the tip of the iceberg, and the medical field is one of the most exciting arenas for the true potential of 3D printing. In the next couple of decades, medicine and surgery around the globe will likely be vastly different than it is now, all thanks to the advent of 3D printing.

One of the biggest advantages of 3D printing in just about any sense is the ability to create more complex parts than just about any other type of manufacturing process. That’s because 3D printing is an additive process, where it starts with nothing and creates any shape or structure by adding layer upon layer of the material being used. In doing so, additional support structures can be created and tiny little nooks and crannies can be built unlike during any other type of manufacturing process.

Since complex shapes can be made, it allows for more creativity and innovation during the design process. More things can be made in one solid piece instead of requiring additional assembly of multiple parts and components, meaning innovators had free reign to pretty much design just about anything that they want. Even if the 3D printing technology isn’t all the way there just yet to offer the finished product they have in mind, chances are high that it will be there soon!

The possibilities with 3D printing are endless, and it’ll be exciting to see what the world’s innovative people come up with next.

As anyone in the manufacturing industry knows, much of it is done overseas and then shipped wherever it needs to go. This is usually required for companies and manufacturers to remain competitive in terms of prices, but it also presents a couple of problems. First, it creates a dependency on other countries to make and ship the goods and/or parts in a timely manner. It also puts more money into foreign countries instead of keeping the manufacturing stateside and reaping the benefits over here.

With 3D printing, the entire manufacturing process for literally anything could potentially be done locally. With a 3D printer and the skills to use it, a company could theoretically manufacture all of their own parts in-house. From electronics, to clothes, to vehicle manufacturing and more, everything needed for a complete and usable product could be made in-house. This removes the need to ship from overseas and keeps the boost in the economy here. It’s a win-win for everyone involved.

This might sound like something out of a science fiction movie. 3D printed houses and buildings, what? Well, it’s important to keep in mind that we aren’t talking about putting a house designed in CAD into a 3D printer and the printer just pumping out a fully serviceable house right there. We’re not there quite yet! Rather, we’re referring to the ability to 3D print construction materials from recycled materials that are then used to create the house/building.

This is a huge development because housing prices have skyrocketed in the past decade, leaving housing unattainable for many people around the globe. Using 3D printed construction materials, it’s possible to print out everything that you need to build a house for $5,000 or less, which then leads to far cheaper finished products in the end. These same principles apply to the construction of larger buildings — 3D printed materials could change the world for the better.

Home Repairs & DIY Projects Will Be A Breeze With 3D Printing

Have you ever been working on something at your house and you struggle to find the right part or piece that you need? Imagine that never being a problem again with the ability to 3D print your own stuff. Maybe you dropped a coffee mug or knocked over the new piece of faux modern art off the hallway table. That tiny piece of material that you would need to fix it that you could never find online? Simply make it yourself!

Or think about the possibilities of your DIY projects. As long as you’re proficient in CAD and have your own 3D printer, you can do just about anything you want to do. Working on building a cool new chair for the man cave? Or maybe you’re redecorating the kitchen and need to come up with something spectacular. Simply design to your heart’s content and load it into the printer and voila, give it time and you’re all set!

How 3D Printing Is Changing The World