9 Industries That Use 3D Printing 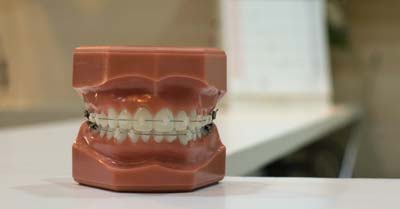 3D printing may have been a boon to hobbyist and the crafting world-not to mention budding entrepreneurs-but it has also proved revolutionary in the wider business world. Many industries have welcomed 3D printing with open arms, whether it be to quickly and cheaply prototype new products or to produce unique and one of kind tools, parts, teeth and more.

Knowing where 3D printing has found a home in industry is particularly useful to those who are interested in 3D printing and might want to make a career of it. By knowing your options, you can take steps towards your dream career.

With 3D printers getting more and more accurate, as well as incorporating a range of different printing materials, they have become a feasible tool for mechanical engineering.

Using 3D printing over more traditional manufacturing processes saves a great deal on waste materials. 3D printing is an additive process; meaning the material is added to the piece until it is complete, whereas traditional subtractive manufacturing the pieces would be milled or cut from a block of material, creating unnecessary waste.

3D printing offers a much faster way to produce a wide range of dental products, from bridges, crowns, night guards, teeth, and even tools like surgical drill guides.

The manufacturing process is not only faster, but the time taken to reach the manufacturing stage is reduced by the ability to convert 3D scans into printable models easily.

Getting an idea or concept across in architecture has not been easy throughout the years. Having a fully navigable 3D model of a structure is useful, but it doesn't truly convey the vision of the architect. There are models, of course, but they are very time consuming and costly to make.

That is until 3D printing came along.

With 3D printing, creating complex architectural models is a breeze, and much quicker than painstakingly crafting one by hand. Furthermore, as architecture is just about always modeled in 3D software for things like load testing, it can be easily imported into 3D printing software.

The advancements in 3D printable materials have led 3D printing to become one of the top choices for rapid prototyping. In particular, fused deposition modelling (FDM) uses thermoplastic filaments to produce prototypes that are moisture, chemical, temperature, UV and environmentally resistant, and at considerably less cost than more traditional methods.

The fact that the aerospace industry is willing to put this kind of faith into 3D printing technologies goes to show just how far this technology has come from the early days of rough, low-resolution novelty objects. And, like mechanical engineering, using 3D printing here results in less material waste over the more traditional methods thanks to its additive nature.

The automotive industry has also found plenty of use for 3D printing, though perhaps not in the places you'd expect. Rather than printing components that end up being fitted to cars themselves, 3D printing has been employed to create the tooling used to make certain car parts. This can include jigs for assembling parts on or patterns for molds that will be used to form finished parts.

3D printers have also been invaluable for fabricating parts that are not in production, such as parts for vintage cars, or entirely bespoke parts for custom projects.

Robotics is not just about big, heavy metal arms putting cars together. There are a lot of perishable components that go into something like an automated production line. Whether it is grippers for the grabbing component of a robotic arm or sensor mounts that need replacing from time to time and are expensive to fabricate, 3D printing has been providing a cost-effective solution for some time now.

Of course, 3D printing's use to the robotics industry does not stop at small, wearable components. In some cases, robot arms themselves have been 3D printed, a process that costs less than half the price of traditional manufacturing methods.

You may think that 3D printing has found its way into education so that students can learn this new, incredibly useful technology. And you'd be right. But there's more to it than that.

3D printing has allowed professors to quickly and easily print parts for educational tools; they can be used to make things needed for projects and experiments, and, of course, they are an excellent technology for young people to learn going forward. Colleges like to be on the cutting edge of emerging technologies, so it should come as no surprise that they have adopted 3D printing so readily.

This one may seem a little out in left-field, but 3D printing has had a significant impact on the jewelry industry. For the most part,3D printing has enabled cheaper manufacturing by reducing the cost of casting precious metals. Being able to easily 3D print a mold for a piece of jewelry makes the process incredibly efficient.

The technology is already advanced to the point where outright 3D printing of the jewelry itself is possible, further reducing the manufacturing process of new items of jewelry. It should be noted that the resulting 3D print does require some additional work to achieve the mirror-smooth finish that people expect from their gold and silver jewelry.

3D printing has found many uses in the construction industry, from tools to construction materials, and even complete components. 3D printers are also playing an integral part in creating more affordable housing, as well as shelter to homeless people.

By creating more affordable housing and shelter for homeless people, 3D printing may actually play a crucial role in mending one of the more significant domestic humanitarian issues we face today. And, combined with other movements such as the tiny house movement, and the prefab home movement, there is real power for change.

9 Industries That Use 3D Printing