When Was Medical 3D Printing Invented? 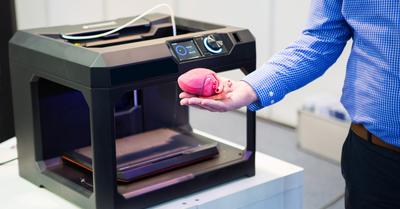 How long has 3D printing been used in the healthcare industry? When was 3D medical printing adopted?

Our mission is to ensure our readers get factual, helpful, relevant and credible information. And, we’ve assembled a highly dependable team, comprising relevant experts, to enable us to deliver on this objective. Hence, you can be confident you are getting credible and reliable information every time you come across our content.

Since it was launched a couple of decades ago, 3D printing has found use in almost all industries. And this includes healthcare. In the healthcare industry, 3D printing has made the lives of patients and medical providers much easier.

While 3D printing gained popularity around the late 90s and early 2000s, it has been around longer than that. And since its discovery, it has grown extensively and is used widely, especially in the medical field.

So, where did 3D printing come from? Charles Hull is credited as the person who invented 3D printing. But the reality is that the concept or idea behind 3D printing has been around since the 1860s. A renowned French sculptor known as Francois Willeme designed a unique method of photo sculpting, which entailed using a combination of different photos, captured at varying angles from 24 cameras.

After capturing these photos, Francois then traced them onto planks of wood, using a pantograph engraving machine. The result was a highly detailed and unique structure. And this may have probably laid the groundwork for the modern 3D printing in use today.

As much as today’s 3D printing is more detailed, less labor-intensive, and more sophisticated, it follows the same original principle that Francois Willeme designed. It entails creating a physical object from a 3D digital model.

The reason why Charles Hull is referred to as the father of 3D printing is that he designed and created the first stereolithography device. He then applied for its patent in 1984.

Charles Hull’s invention was the first to focus on creating physical objects using digital data – which is the main idea behind 3D printing. It entails breaking down a structure into several layers, using advanced computer modeling programs. The layers are then remodeled using molten plastic.

The 3D printing industry is constantly advancing. And today, 3D printers can create almost everything, including replica human organs. And this explains why this technology has become so popular in the medical industry.

The History of 3D Printing in Healthcare

The healthcare industry remains one of the earliest adopters of this ground-breaking technology. In 1999, the Harvard Medical School and Boston Children’s Hospital came together for a unique project.

A team of medical specialists drawn from these two institutions set out to create replacement bladders, meant for children born with spina bifida. This team managed to come up with artificial bladders, made using synthetic polymer and collagen. And overall, the project was lauded as a success.

But, coming up with the scaffolding for these artificial bladders proved to be a monumental and time-consuming task. And one of the doctors involved in the project, Doctor Atala, designed to explore other options. And this is when he chanced upon 3D printing. He then leveraged 3D printing to come up with personalized scaffolding, required for supporting artificial organs.

Following the success of 3D printing in creating artificial organs, orthopedics began exploring the possibilities of this technology as well as how it can be applied to their field. And after some time, 3D printing eventually became an integral part of orthopedic practice.

Surgeons began using 3D printing technology to create medical device simulations and plan surgeries. With 3D printing, surgeons were able to recreate minute details of a particular operation and then practice it first, prior to doing the actual thing. Consequently, patients suffered lesser blood overall and spent lesser time subjected to anesthesia. Also, the overall results from these surgeons were better, compared to those surgeries that were done without the help of 3D printing.

From there, orthopedic surgeons then expanded the application of this technology to various other areas. For instance, they began using it in the development of prostheses, discs and joints.

Following the success of 3D medical printing in the orthopedic industry, the dentists and other professionals in the dental industry decided to explore how they can apply 3D printing in their field. And, they managed to use 3D printing to create dental implants faster, compared to the traditional way of doing it. As a result, it streamlined the dental industry and made various practices more affordable and faster.

The Future of 3D Medical Printing

Without a doubt, medical 3D printing is here to stay. And in the future, it will play a huge role in the developing artificial organs. Thanks to its ability to create complex vascular systems and networks, you can expect the uptake of medical 3D printing to be huge in almost all areas of the healthcare industry.

In conjunction with other methods, 3D medical printing will help to reduce waiting lists for organ transplants, thus helping to save millions of lives. As much as this idea is still in its infancy stages, the potential remains huge.

However, it’s worth mentioning that there’s still a gap between clinically viable organs and their experimental synthetic counterparts. And this gap between these two organs mainly lies at the cellular level. To this end, scientists and researchers have been trying to use medical 3D printing in an attempt to replicate human tissues and cells. And in the future, there’s a high chance they will eventually manage to bridge this gap.

Moving forward, scientists believe that as soon as they manage to replace human tissue successfully using 3D printing, they will have cleared the path to creating fully functioning and clinically-viable human organs. And when this happens, the healthcare industry will be transformed forever.

While the history of 3D medical printing may be fairly short, the future looks promising. Currently, it has managed to revolutionize various areas in the healthcare industry. It has helped medical professionals to understand human anatomy better, making it easy to accomplish even the most complex medical procedures. Also, medical procedures that used to take hours are now possible within minutes, thanks to medical 3D printing. And as it becomes more affordable and accessible, 3D printing is expected to play a key role in revolutionizing the healthcare industry in the next decade and beyond.

When Was Medical 3D Printing Invented? 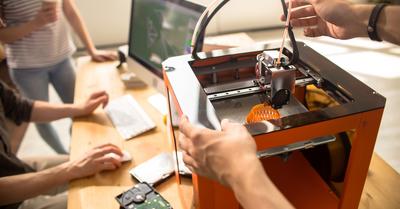 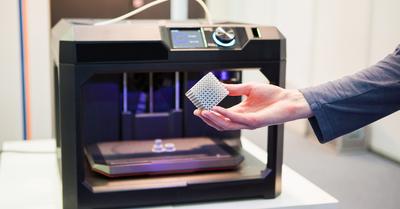 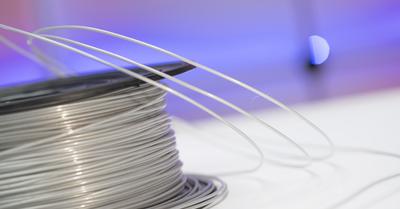