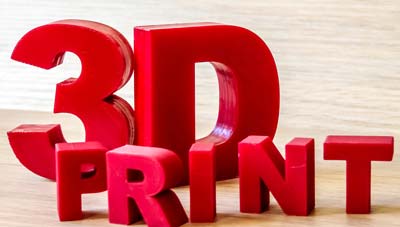 3D printing is claimed to be a disruptive manufacturing technology that is revolutionizing the way things are designed and manufactured. It is considered to be the harbinger of Industry 4.0. But what was the inspiration behind the invention of such a revolutionary technology?

To rapidly introduce new products to market, manufacturers desired an equally rapid manufacturing process. As engineers got to work on this endeavor, an American engineer managed to invent a rapid prototyping technology. Thus began the era of the 3D printing technology.

Leading up to the Invention

The first spark went off in 1976 when the first-ever inkjet printer was manufactured. This technology was unique for the time and cause a significant buzz around it. Five years later, the spark ignited by the inkjet printer was seen through a paper published by Dr. Hideo Kodama of Nagoya Municipal Industrial Research Institute, Japan. This paper was on a Rapid Prototyping (RP) system. He envisaged a system of printing two-dimensional layers of a model one above the other, fusing them all to form the final product.

Around the same time, a French researcher, Alain le Méhauté, was also intrigued by the rapid prototyping system. He quickly teamed up with a distant colleague Olivier de Witte and Jean-Claude André in-charge of researches on the interaction between light and materials at the French National Center for Scientific Research (CNRS). The trio went on to register the first-ever patent in the technology but they could not build the commercial system due to lack of funds.

So two efforts that showed promise could not materialize until a third that did.

In 1983, an American engineer by the name of Charles Hull also got interested in building a rapid prototyping system. In the same year, he invented a workable system named Stereolithography to 3D print the world’s first-ever 3D printed part. In the subsequent year, Charles Hull filed for his patent for the first-ever 3D printing system. Charles Hull started a revolution and is therefore now regarded as the Father of 3D printing. In 1986, he founded 3D Systems, the first 3D printing company in the world, and released the first commercial system in 1987 called SLA-1.

In 1988, Carl Deckard, a student at the University of Texas at Austin, invented the SLS technology. The Selective Laser Sintering (SLS) technology uses powdered polymer materials that are fused with lasers to form the final product.

So, in less than a decade, three popular 3D printing technologies were invented.

Now it is time to relive the glorious history of 3D printing technology.

The 1990s – The Inventions Continue

The new millennium saw the growth of the technology even more with multiple acquisitions by the industry leaders to consolidate their position. The technology saw growing acceptance by the medical research community and opportunities like 3D printed organs became the craze.

This was the same decade when patents of popular technologies started expiring and so the industry saw a huge revolution under the RepRap project started by Dr. Adrian Bowyer. This open-source initiative democratized the technology by enabling people to build a 3D printer at home. This led to a fall in the prices of FDM/FFF and even SLA/DLP 3D printers.

The entire credit of democratization of the 3D printing technology is given to this movement.

The democratization wave was latched onto by almost all the players and the technology was hailed as the next big thing to have at home, almost similar to a computer and a 2D printer. This over-optimism resulted in the rapid growth of the industry as 3D printers were sold at a record pace and revenues rose sharply.

Experts predicted that this was a hype cycle as the technology was under-developed to service all types of users and applications. Eventually, once the hype subsided, sales dropped, revenues plummeted and companies folded.

By late 2010s saw a slight resurgence but not a complete reversal of fortunes. The new decade brought the biggest challenge of this generation – the COVID-19 pandemic. While the pandemic cost heavy losses for every single soul on the planet, shutting down businesses and operations, 3D printing was the only industry that kept going and with all its advantages helped in fighting the pandemic.

3D printing companies, small and big alike, from across the globe, collaborated with the authorities to develop, build and churn out quantities of 3D printed products like face shields, face masks, ventilators, its components, and ventilator splitters, nasal swabs, etc. While helping society, the technology showcased its capabilities and potential in its full glory. And this display has helped end-users to understand the importance of 3D printing technology to survive and sustain the current situation and eventually turn the tide over to thrive in business.

Aerospace, automotive and healthcare companies have committed themselves to adopt the 3D printing technology to herald the new era of sustainable manufacturing. Experts believe that this is the sort of a push that 3D printing needed to grow and hopefully 2020s will be the year of its glory.

2004-05:  RepRap movement started under Dr. Adrian Bowyer, a senior lecturer at the University of Bath

2011: Materialise 3D prints gold and silver for the first time

2015: Desktop Metal was founded with the launch of an office-friendly metal 3D printer

2017: The world’s first 3D printed bridge inaugurated in the Netherlands